Today we’re serving up what we consider to be the best crock-pot spinach artichoke dip. Why is it the best spinach artichoke dip? Two main reasons: It’s super easy to make and it’s delicious. To be fair, we haven’t tried all the recipes out there, but when you find a winner you tend to stick with it. Know what I mean? And while we do use our crock-pot for things like our chai-spiced cider and our chai apple butter, this easy spinach artichoke dip might very well be our favorite crockpot recipe. Want to find out why? 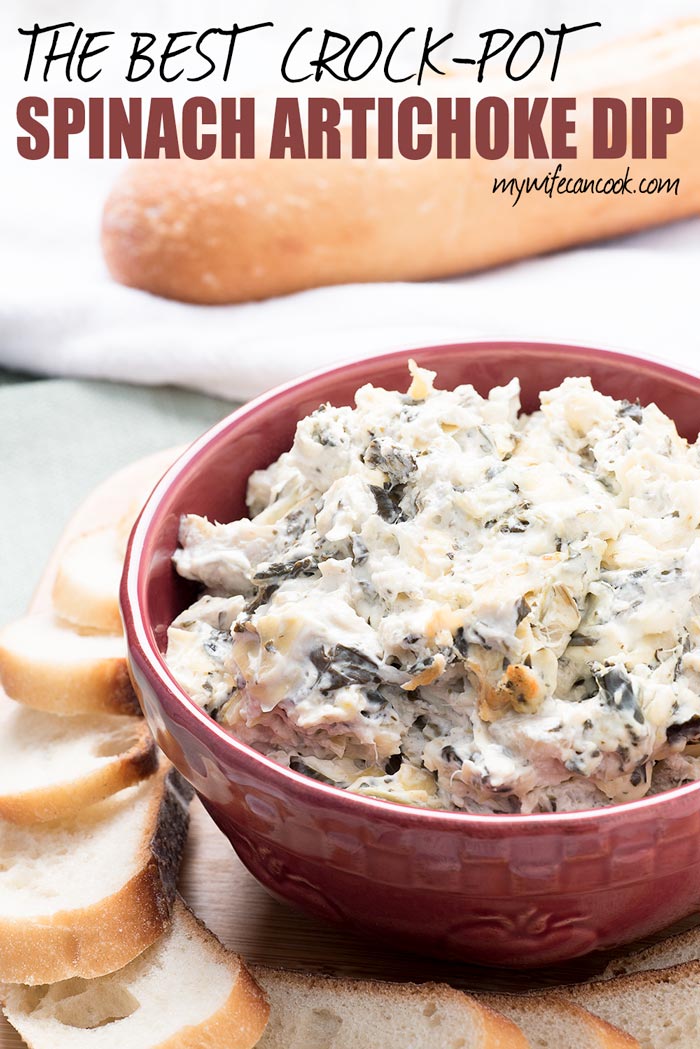 Are you a spinach and artichoke fan? Yup, us too. I don’t know where the love affair began. Maybe it was trying the Applebee’s spinach artichoke dip years ago or maybe it started even before that. We can’t be sure, but we love the flavors. Panera has this Spinach Artichoke Souffle that we’ve always enjoyed and we are definitely going to these Easy Spinach Artichoke Quiche Cups from Gimme some oven. But, for sure, our love affair with spinach and artichokes has grown with this crock-pot spinach artichoke dip which has come through for us time and time again.

We used to serve this spinach artichoke dip every year at an office party. Sometimes those office parties creep up on you during a week when you don’t have a lot of free time. You need a recipe that’s going to be a crowd pleaser, that will serve a lot of people, but you also don’t have boat loads of time to get it done!  It was during just such a week that our love affair with this crock-pot spinach artichoke dip began. It’s just so easy to make large batches…you just put it in the crock-pot in the morning and then, with just a few occasional stirs, it’s ready several hours later! Serve it up with bread and crackers and you’re good to go. 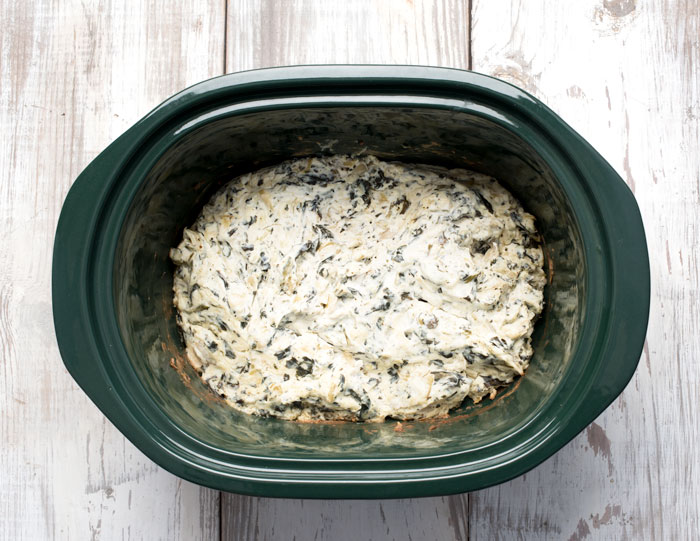 It’s true that you could just make baked spinach artichoke dip in the oven and your taste buds would be just as happy. But here’s the thing, this is a crock-pot recipe that delivers in all the right areas: 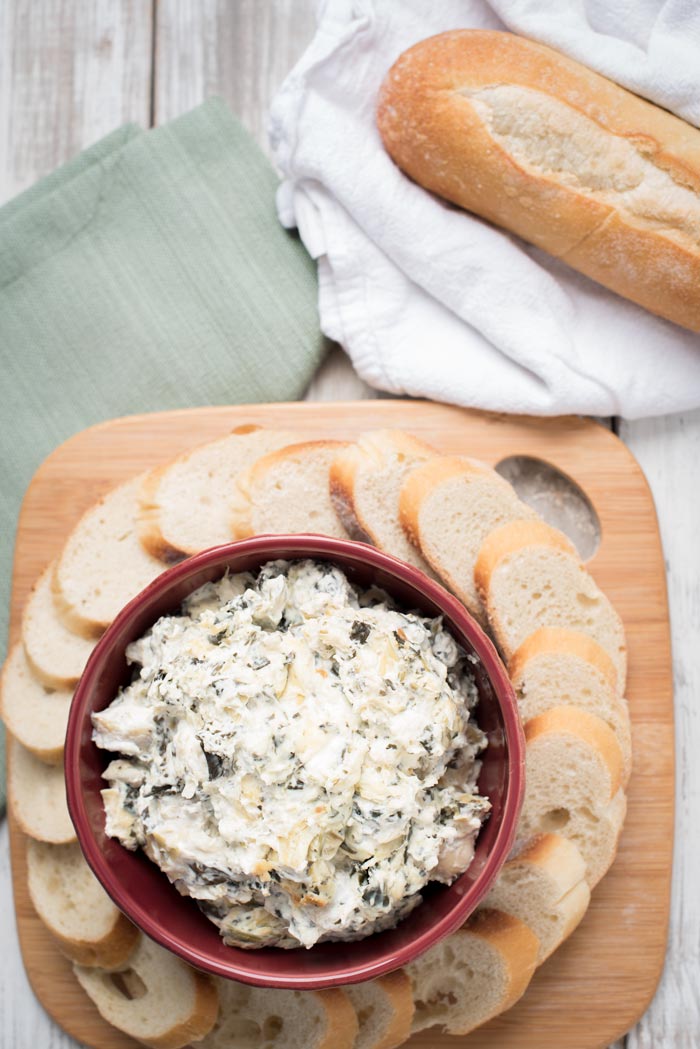 A final secret insider tip…the first year we made it, we were sometimes disappointed that it turned out a little dry.  After that, we started skipping the step where you had to drain the frozen spinach (so annoying and makes a huge mess) and started adding some of the liquid from the canned artichokes.  Presto! This provides enough extra liquid during cooking to ensure that your spinach artichoke dip turns out perfect! The extra artichoke flavor from the canned artichokes becomes an added bonus.

On to the spinach artichoke dip recipe: 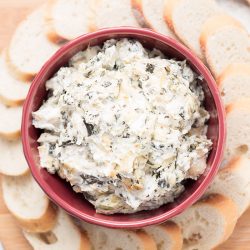 Click the book below to grab a FREE copy of our latest dessert recipe book! 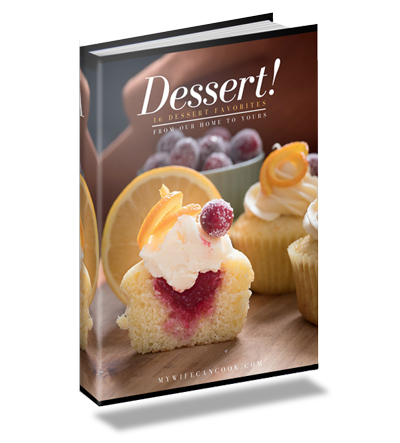 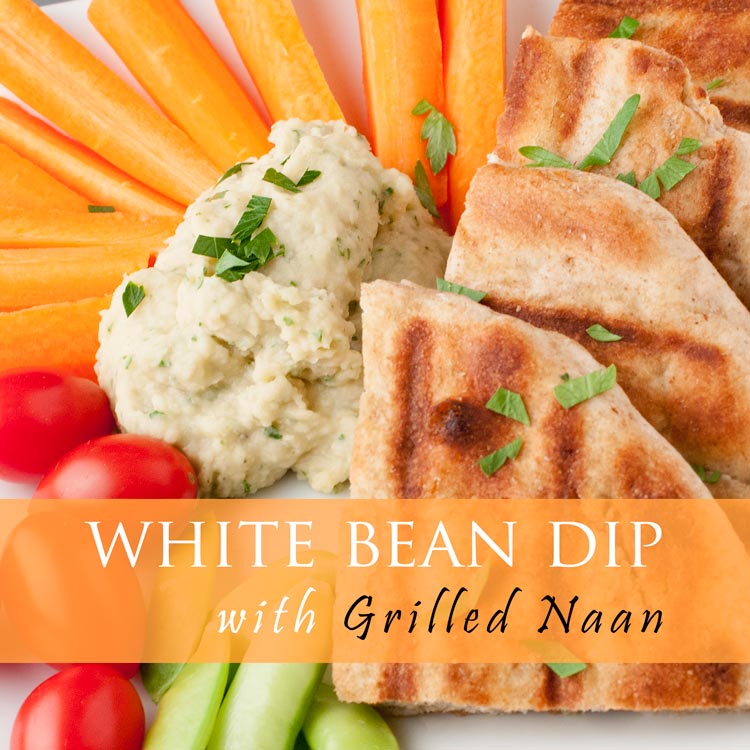 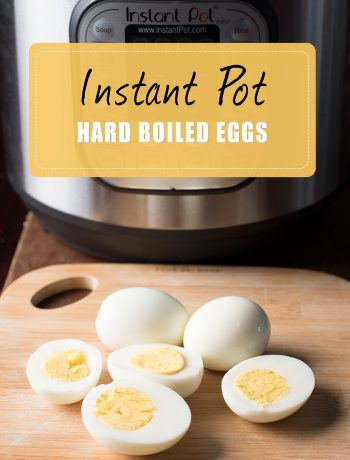